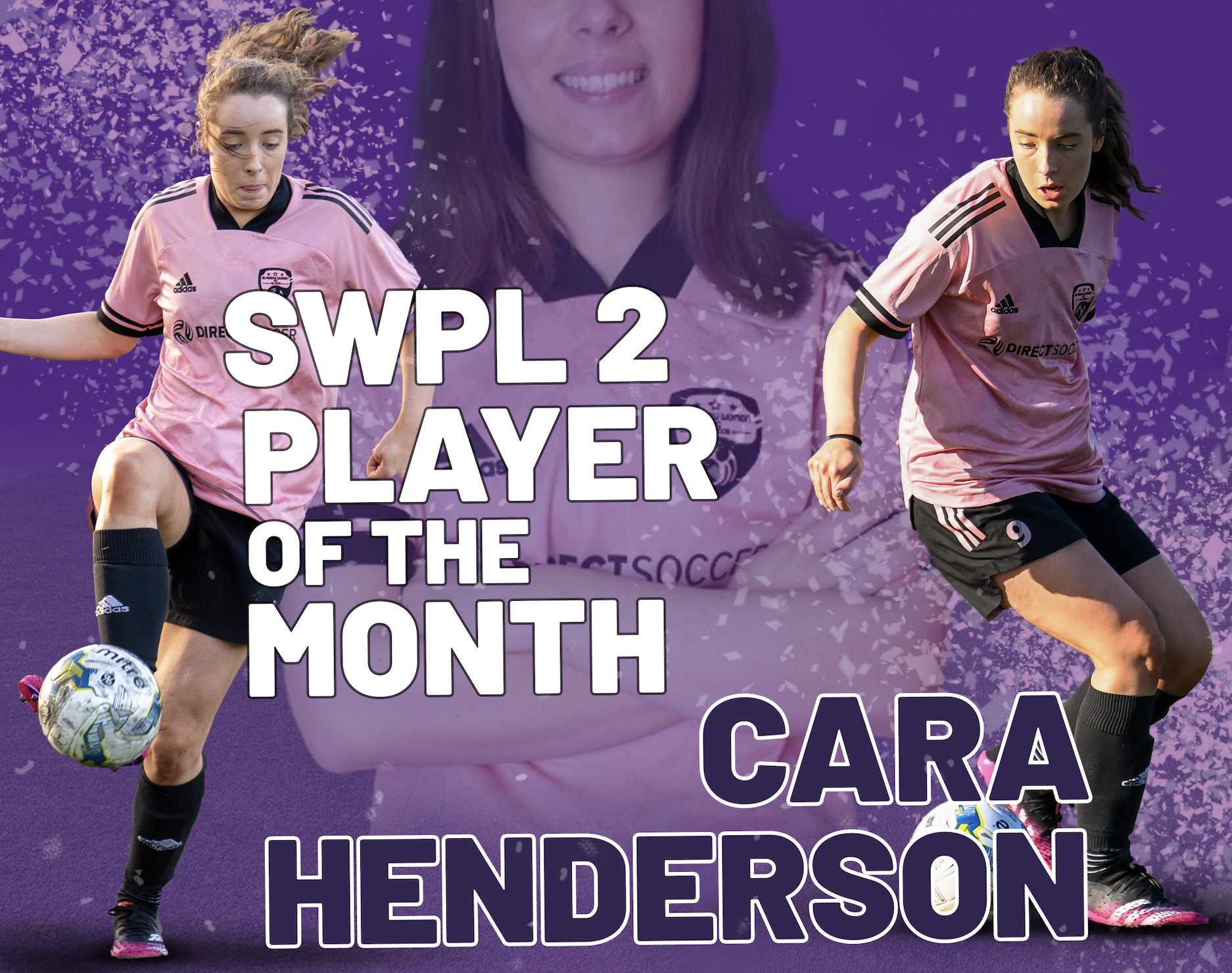 Cara Henderson was voted as Player of the Month as her side won all three of their games in October.

The mifielder played a key role for her side, scoring in their victories over Queen’s Park and Stirling University and also troubling Boroughmuir Thistle in their 3-2 away win.

Speaking from Glasgow Women’s home at Budhill Park, Henderson said: “I’m really pleased to have won this award, especially over such tough competition. I was delighted just to be nominated but this is extra special.

“It’s amazing to be playing a part in the teams’ success. I think a lot of people underestimated us coming into the new season but we’re top of the league for a reason. We want to stay there. If we can maintain our current form, there’s no reason why we can’t.

Buy Online from our Shop